3 Steps to Manifesting Your Dreams 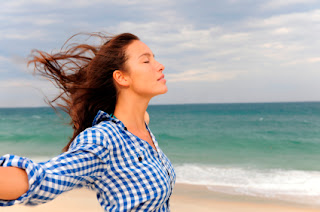 In July 2007, I boarded a train heading from London to Nottingham in the UK. It was a two hour journey and I realized I had nothing to read. However, a moment later I recalled having picked up a free magazine while visiting a mind-body-spirit bookstore, which I had stuffed into my bag.

Taking it out, I settled in to read an article written by Barbara Brennen. Half way through, I suddenly heard a voice saying, “You can do this. You can write articles and essays that inspire people.” The voice was so loud I looked around just in case anyone had spoken, though I already knew. This message was ‘an inside job’, delivered from the depths of my own intuitive wisdom.

Without questioning or doubting what I had heard, I chose the only surface I had to write on and began drafting my first article on the back of a paper napkin. At home, after tweaking and typing it up, I sent it to the editor of the magazine I had been reading.

Three days later, I received an e-mail from the editor saying he wanted to use the article in his next edition and hey presto! From that moment on my creative doors were flung wide open and I was forcefully propelled in a direction I could never have consciously foreseen.

Since then in the work that I do, I have been happy to share a simple, yet incredibly powerful  checklist, which can be utilized in order to go after what we are most passionate about. The list goes like this:

When you hear a strong inner message, don’t miss the moment and let it slip away. Trust what you are hearing. Write it down; commit it to memory and hang on to it like a lifeline.

Take at least one step toward what you are being directed to do. If the first step is not immediately clear, keep a journal and inquire, “What can I do right now to bring this dream into manifestation?”

Tell those you trust and who are able to safely incubate this intention with you. Ask for support and input. Don’t hesitate to express your wildest, most extravagant dreams.

When we Listen, Act, and Share, we are saying, “YES!” to the flow of the universe, which is dynamic, alive, and charged with immense power.

We are proactively stating,
In contrast, when we do not Listen, Act, and Share, we are made aware of it in several ways.

First: We feel depressed, intuitively recognizing that we have missed an important message meant to open us to new and expanded possibilities.

Second: We feel sluggish, “stuck,” and unable to see clearly. It’s as if our eyes have clouded over and we are trying to look through thick, dirty glass.

Third: We contract, which leads us to feeling alienated from the ones we love, as well as from the world at large.

Inevitably, at different stages in our lives, we flip-flop between the two opposites until we begin to see that we do have choices in the expression and manifestation of our dreams. We also realize that even if we miss an inner directive, it is never too late. We will be gifted with plenty of others.

Once we arrive at this understanding, we wake up to the truth that we will always be guided from within. And once we follow our inner guidance, we will be shown that the universe is, by nature, abundant and more than willing to take care of us, show us the way and even firmly take us by the hand, if we let it.